A restaurant is a very popular name in the world. It comes from the words of “Rest and Rent.”.  A guest takes Rest in a restaurant and pays Rent for having food their food & beverage.  It is a public place which opens to all where they can eat a meal and pay for it. Many people take their meal in a restaurant if they do not feel having it in their home. Furthermore, in these places, your food is usually served at your table by a waiter or a waitress.
Nowadays there are many different types of restaurants, from fast food to family casual. In addition, a lot of places evolved and had their own rendition of a restaurant.  In Metro Manila, restaurants are all over the place. On top of that, people visit them and travel long distances.  But did you know about these new restaurants in MNL? If not, then here is a list of new restaurants in Metro Manila. 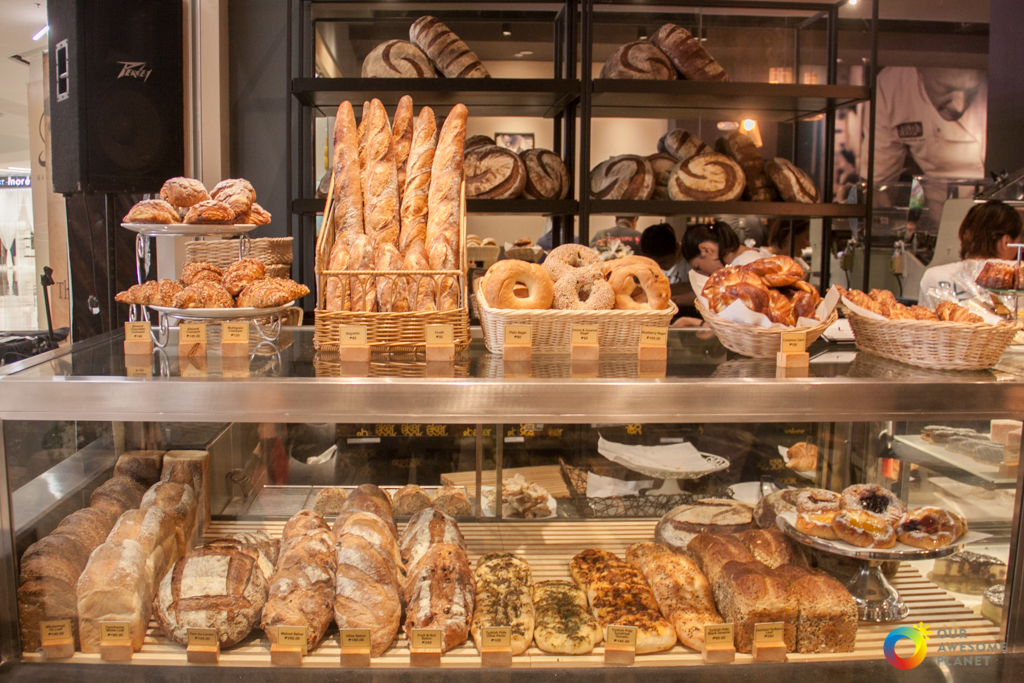 Baker & Cook is from Singapore and they are owned and managed by celebrity chef Dean Brettschneider; he is part of the Bistro Group.  It is connected with Plank, a pizza place, another franchise handled by the same group. Baker & Cook first became known for their wide range of artisanal bread and pastries, as well as their brunch-inspired menu.
This restaurant brings out a little of bit of Germany, Italy, France, America, Denmark, Australia, New Zealand, and other places.  It applies a modern form of baking methods for its different breads, pastries, and desserts.

Poke bowls are a fairly new dining concept here in Manila and have been gaining popularity. It has long been popular in Hawaii but only recently and took root here.  It’s a leading Hawaiian dish which serves raw fish on top of rice or quinoa mixed with vegetables and other toppings.
Poke Poke allows you to customize your own poke bowl with different ingredients like salmon, unagi, steak, rice, bacon, avocado, and more. Greenhills. San Juan Branch is currently their third branch in the Metro which just opened last, June 14, 2017. 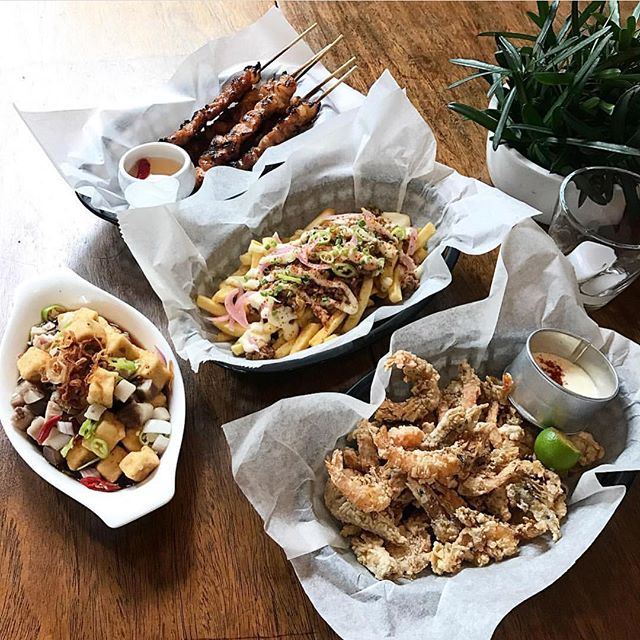 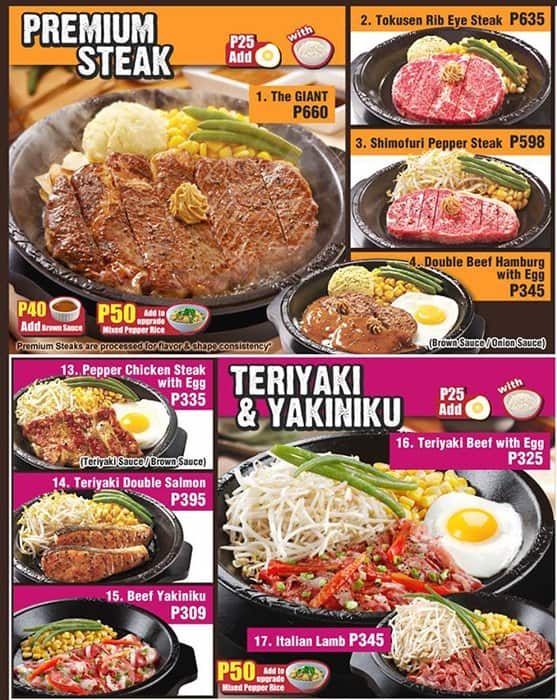 Pepper Lunch is a “fast-steak” restaurant concept that offers premium steak, teriyaki, yakiniku, and other rice meals in a sizzling plate.  Although it’s labeled more as fast-food, a lot of people still visit and enjoy meals here.

If you are a fan of chicken, McWilson Corporation’s Gringo Chicken and Ribs has a lot more to offer.
Gringo, known for its Cajun-Creole, specializes in Latin American and Tex-Mex line of dishes including chicken, ribs, burritos, and more. It has opened its new doors up North in Quezon City.
Gringo Back Ribs is available in Half Rack (P325, no sides), Full Rack (P620) and Rubs Muchos (P980). Its ‘lemony and herby’ chicken comes in quarter (P148), Half (P285) and Whole (P535). It also has a Southern Spice Chicken variant, distinct for its Latino flavor. 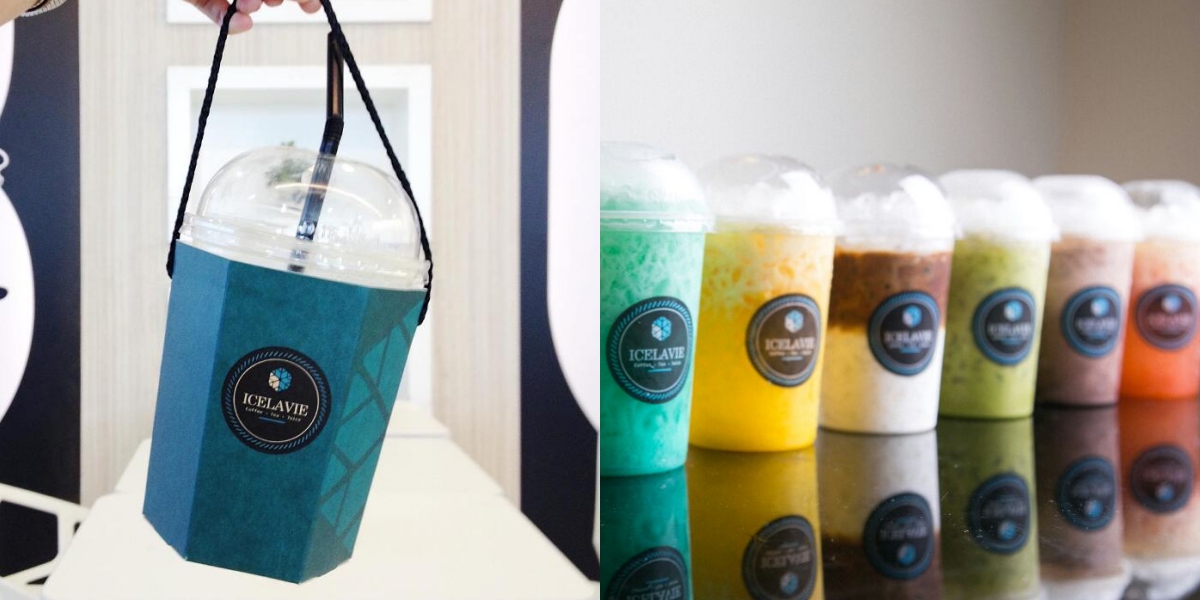 Icelavie is a popular Malaysian brand known for their giant cups that serve a variety of coffee concoctions, tea, and fruit juice. It’s the biggest cups you’ll ever see.
These drinks come in a blue cardboard-like container with a take-out handle, in case you want them to-go or you weren’t able to finish the entire thing in one sitting. This is currently their second branch in the Metro.

via phonebooky
Paul Boulangerie and Patisserie is a popular chain of Bakery/Café restaurants established in 1889 in the city of Croix, in Northern France, by Charlemagne Mayot. They’re known for their Multi-seed breads, Salad Saumon Roti, and Pain au Chocolat.

Because of the cuteness and adorableness traits cartoon unicorns perceive, a lot of people love them.
Rainbow Dreams Cafe allows you to wear uniform onesies and serves dreamy food and drinks like milkshakes, unicorn pasta carbonara, blueberry white chocolate waffles, and many more. You can also have a Photo Op with their stuff toys.
Rainbow Dreams Café is not only the first unicorn-themed café in the country; it’s also most accessible to people within Metro Manila. They just opened last May and it’s becoming prominent for all ages.