Every Filipino has a dream; in fact, everyone has a dream. Most Filipinos have this dream of travelling or migrating to a different country. Others yearn for snow, while others just want to live that sophisticated urban or rural life. Although that’s the case, all these dreams of course need to start somewhere. Moreover, migrating can be a bit of a pain in the neck especially with the financing and eligibility. However, a recent word has been spread that can actually make you “live the dream.” Not only that, you’ll also get paid for doing so!

There’s a small village in Switzerland where it can both accommodate you and pay you at the same time. If you haven’t heard of Switzerland, better do your research now because you might want to grab this opportunity.

Albinen, the village in Switzerland we’re talking about is truly amazing. Remember those mesmerizing scenes in the Lord of the Rings? In The Hobbit? Well, you might want to release the inner hobbit in you when you see this spectacular scenery.

Why do you think this village is inviting people from different parts of the globe? If you think it’s because of population, then you’re correct.

Many of the people who have been moving away are young people and families. As per Swiss news agency ATS, the only local school in the town had to close after three (3) families moved away. The reason for the mass leaving is yet to be known but it’s not about the village being inhabitable – in fact, it’s the contrary.

Imagine getting to live in the Swiss Alps and getting paid, wouldn’t that be a dream come true? This village is inviting people from all over the world to live there for good. As per Town Mayor Beat Jost, 29 residents are against this plan while the other 71 are in favor of it. Moreover, that “yes” vote means that the town will pay 25, 000 Swiss Franc to people who will be willing to live with them.
The downsides of living in this town is that it doesn’t have as many jobs as the rocking major cities, and there’ll be a countable amount of people you can interact with in the village. As of the moment, there are only 240 residents living in the town.

Although there are tons of good news attached to that, we cannot escape the fact that everyone will be able to live there. Of course, there are requirements and eligibility matters that need to be settled before being approved to live in their village:

Although the last point is attainable by having to get a job in cities nearby or by getting a remote job and by working from home.

Moving away before the 10-year requirement is up will require you to pay the town back for their investment. Yes, you would need to pay the town’s payment they made to you for living with them which of course is kind of a bitter deal.

For Filipinos out there, if you try and convert the payment into pesos, currently, that is Php1, 200, 000.00 for every adult who moves there and 10, 000 Swiss Franc for every child (around Php500, 000.00). Imagine the amount you would need to put up if you attempt and desire to leave before your agreed decade is over. Just look at this beautiful picture and remind yourself why you went there in the first place: 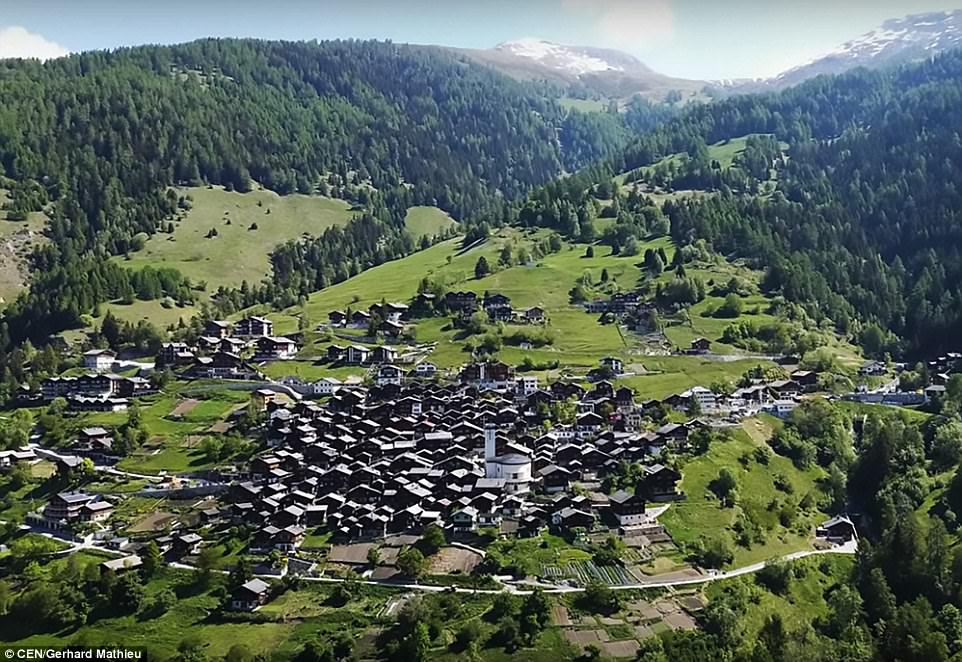 Ever dreamed of travelling to a different country? Ever wanted to live in a place where you feel like you’re in a western movie because of the pastures, the sceneries, and the people you live with? If that’s the case, then why not try and apply to be a resident of Albinen? Who knows, maybe that’s where your luck is the whole time.